I'll admit it, 2012 was kind of a craptastic year for me and my only hope for 2013 was that it would be marginally better. But like the wise Rachel Hawkins recently said of herself, I decided to chalk 2012 up as a "learning year" and made some changes--both big and small. And you know what? 2013 has turned out to be pretty darn great! A time filled with good physical and mental health, true friends, amazing family moments, and even a few end of year surprises that were the chocolate shavings on top of an already pretty sweet year.  So if for you 2013 has been the equivelant of crap on the bottom of your shoe, I'm a walking testament as to how quickly your fortune can turn around if you keep moving forward.

I'm hoping that with the release of  THE SHADOW PRINCE that my 2014 will be an even better year!

Speaking of end of year surprises . . .

In case you've missed my obsessive Instagraming the last few of days, you should meet the newest member of the Despain clan (and present from hubs): 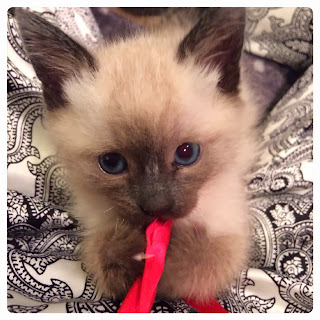 You have no idea the amount of joyful squeals that have been going on over here while playing with this little cutie.

Okay, I'll stop teasing you all with Mei Mei's cuteness and move on to the real business . . . .

Today's teaser is extra special because it involves a song. Not just any song, but the song that was the very first inspiration for this book: "I Will Follow You Into The Dark" by Death Cab for Cutie.

If you're not familiar with the song, you should have a listen by clicking here.

I was kind of obsessed with this song back in 2006--as in played it on a loop incessantly--and the lyrics really got me thinking and about who would do such a thing. Follow someone into to the dark--or the unknown, as I like to think of it. Which then reminded me of the myth of Persephone and Hades, which then got me thinking about the relevance of their story in our modern time, which got a couple of characters talking in my head, and a story started forming . . . and several years later it is now a book!

And of course a discussion of the song and these themes of it all made it's way into one of my very favorite scenes in the novel. A tidbit of which is today's teaser: 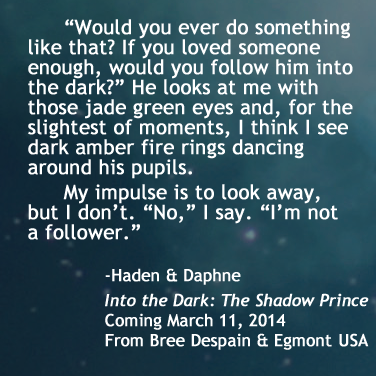 Now for the giveaway!

To help spread the word my fellow Utah author Natalie Whipple's new book BLINDSIDED, I am giving away a signed copy of TRANSPARENT (book one) to a lucky winner. This book is about an invisible girl who is on the run from her mob boss father who wants to turn her into an assassin--and it so much fun! Definitely one of my favorite reads of the summer. I can't wait to get a copy of the sequel, BLINDSIDED, this week!

Use the rafflecopter below to enter to win TRANSPARENT:

Merry Christmas to all those who celebrate, and a happy quiet day to all those who don't. Since it's Christmas Eve and most a super busy with their family or friends, I'm not going to post a new teaser today. But don't worry, I'll return us to our regular schedule next Tuesday--maybe with an extra juicy teaser for you all.

Just popping in to wish everyone a happy holiday, and to post the winner of last week's giveaway.

(Winner, if you didn't get my email, please click the contact button in the menu above and sned me your shipping info in order to claim your prize.)
Posted by Bree Biesinger Despain at 12:33 PM No comments:
Email ThisBlogThis!Share to TwitterShare to FacebookShare to Pinterest

I know it's late in the day, but it's STILL Tuesday, so that means it's time for another teaser from THE SHADOW PRINCE.

But first, I must announce the winner of Teaser Tuesday #1. Drum roll please . . . .

And the winner is: Michelle Chaffee!****

I've often said that THE SHADOW PRINCE is a crazy-fun mish-mash of all the things I love, rolled together with some Bree Despain-style romance.  This is especially true when it comes to Haden Lord--the disgraced prince of the Underrealm and one of the book's main characters. So today I thought I would share with you my inspiration board for Haden--featuring a few of my favorite fictional hotties.

Then be sure to come back and enter this week's giveaway: 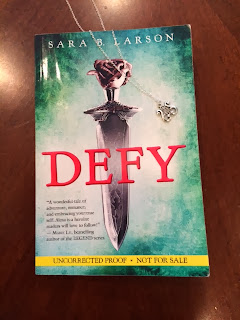 I was privileged enough to get a signed ARC or DEFY from my friend Sara B. Larson. I read it (and it's awesome, by the way) and now I have her permission to give my copy away to one of you!

Enter the Rafflecopter giveaway below to win my signed ARC of DEFY and also a Shadow Prince silver Lyre necklace.***

(Why the lyre necklace?  Because the lyre is the ancient Greek symbol for music and storytelling. And music plays a very important role in THE SHADOW PRINCE, where it is forbidden for one character and essential to another.)

***Contest is open internationally. Winner will be announced next Tuesday. Winner must claim their prize within 30 days or it will be forfeit.
****Winner, if you did not receive my email, hit the contact button above and send me your shipping address so I can send out your prize.
Posted by Bree Biesinger Despain at 4:53 PM 26 comments:
Email ThisBlogThis!Share to TwitterShare to FacebookShare to Pinterest
Labels: Haden Lord, my characters, The Shadow Prince Teaser Tuesday 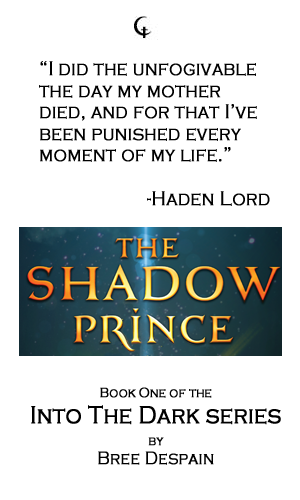 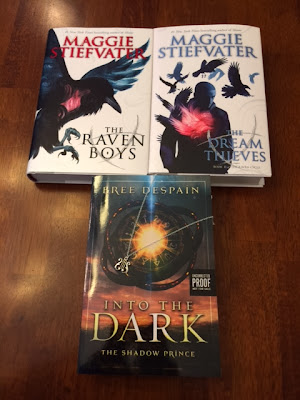