I FINALLY have permission to share the details about my Top Secret TLS-related project...but first I wanted to share a few thoughts and pictures from my TLS launch party.

I seriously can't believe THE LOST SAINT has been out on bookshelves for more than a week. That's just plain crazy. The launch party was loads of fun and the turn-out was awesome. Not gonna lie, I felt like was going to puke when I walked into the 15th Street Gallery and I saw all those people waiting to listen to me speak. But I managed to hold it together.

After I did a little book-talk and read a selection from TLS, we headed over to The King's English Bookshop for blue-frosted cookies and I signed books until my special blue pen ran out of ink--which luckily didn't happen until after the last person made it through the line.

One of my BFFs, Michelle Sallay (of Michelle Sallay Photography) brought her trusty camera along and snapped a bunch of awesome pictures. They were all so great that it was hard I couldn't choose just a few, so I wanted to make a slideshow of all of them--but apparently that is far too great a task for someone as technically deficient as I am. Since hubs isn't around to help, I'll have to be content with posting a few of my favorite pics to help you get a feel for the event . 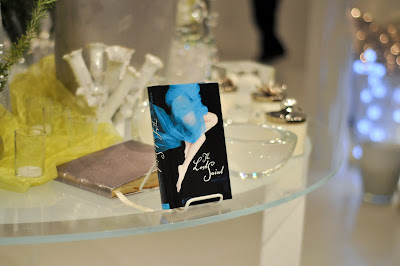 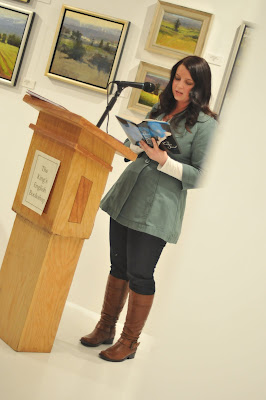 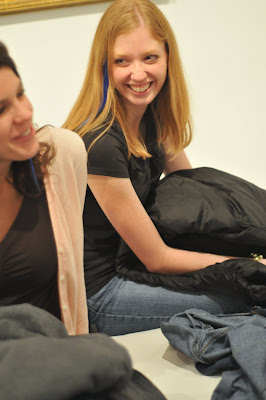 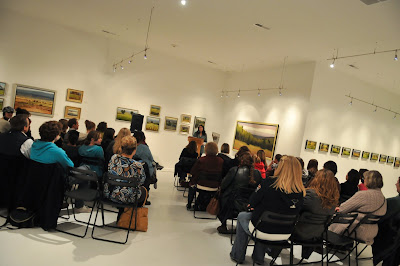 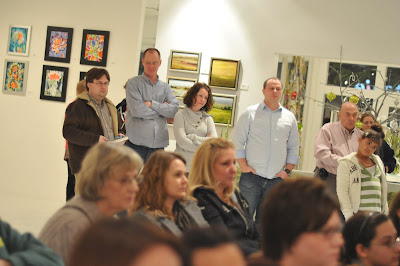 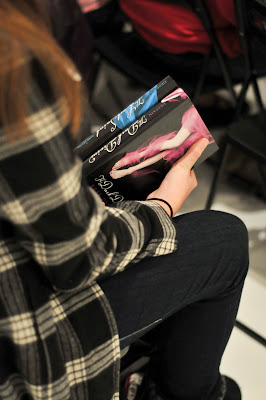 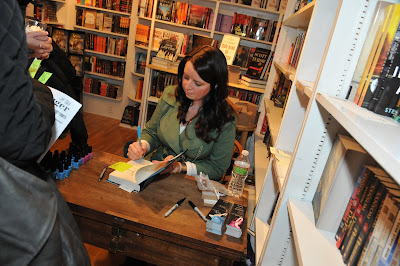 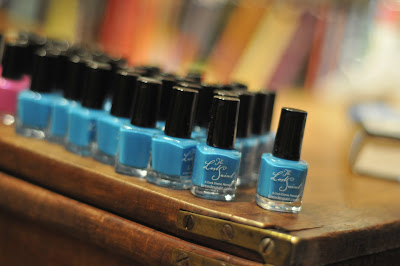 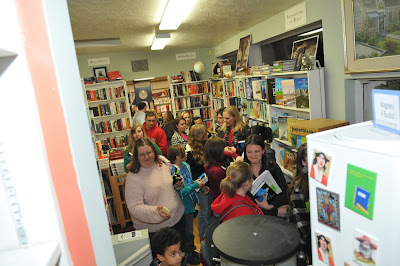 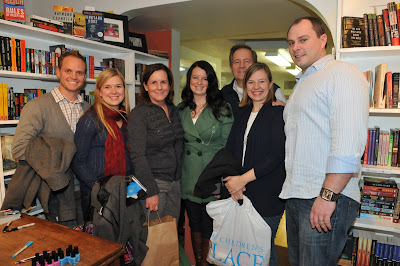 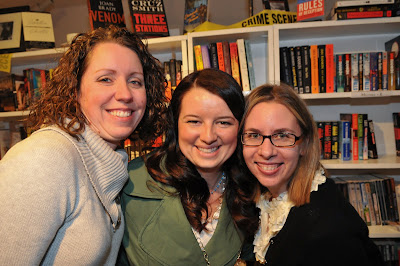 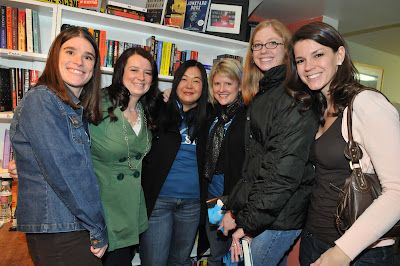 Many thanks to Michelle for the awesome pictures, and many thanks to everyone who came out for the event. If you weren't able to attend and you're in Utah, you can still catch me at the West Jordan B&N (in Jordan Landing) at 2pm on January 8th. For details on other events and happenings, check out THIS post.

Okay, now on to the TOP SECRET project...

If you've been following the blog for the last couple of months, you've probably (or hopefully) have been wondering about this secret writing project that I've been hinting about for like ever (or at least that;s how it felt to me). I finally have the go-ahead to share.

As many of you know by now, Gabriel (Daniel's mentor and an ancient Urbat) plays a rather important role in THE LOST SAINT. We were first introduced to Gabriel in THE DARK DIVINE when Grace is given a book full of old letters that Gabriel (a young monk a the time) wrote to his sister during the crusades, detailing his search to know more about the Urbat. The book of letters ends just before Gabriel falls to the Urbat curse.

Well the exciting news is that a few letters not originally included in that ancient book have been "discovered"-- five of them in fact. These letters detail Gabriel's fall to the curse and then his quest to seek revenge on the man he feels is responsible for his demise.

I am really excited about these "lost letters" because they give a lot of depth to Gabriel's character, and also the mythology of the Dark Divine trilogy. The letters are the perfect lead in before reading THE LOST SAINT (i.e. no TLS spoilers and will hopefully get you excited to start TLS) and are also still a good read for those of you who have already read TLS.


The lost letters of Brother Gabriel will be released one at a time over the next 5 weeks, starting TOMORROW (1/6/2011) on different blogs across the blogosphere.

Which means you need to come back here tomorrow for a detailed schedule and links to where to find the letters. And as a bonus, each blog hosting a letter will be giving away a signed first edition of THE LOST SAINT and a bottle of TLS nail polish. You'll get a entry for each letter you read and comment on.